3 Signs You May Be Gluten Intolerant 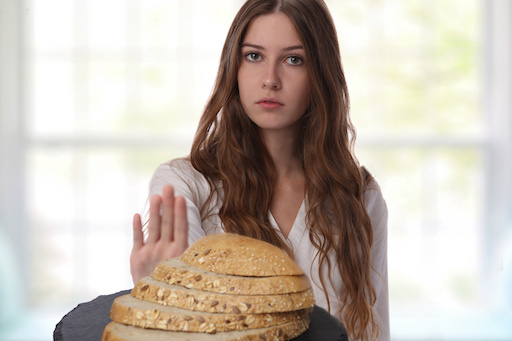 Before we dive in to being gluten intolerant, are you familiar with what exactly gluten is? Gluten is a component of dietary grains, most commonly wheat, rye, and barley. It can also be found in prepared foods as an additive. Nowadays, there are many alternatives to products containing gluten. You can find a variety of gluten-free foods at your local grocery store and even many local restaurants. While there are many options for a gluten-free lifestyle, it’s still important to recognize the symptoms.

Signs of Being Gluten Intolerant

Gluten intolerance is one of the most common gastrointestinal issues we see in our patients. However, being gluten intolerant is not the same as having celiac sprue, aka celiac disease. Both have a negative reaction to digesting gluten, but celiac sprue is an inflammatory disease of the small intestine due to gluten exposure. According to Northwestern Medicine, 6% of the U.S. population has a non-celiac gluten intolerance.

There are many differences between the two, but in basic terms, gluten intolerance is a sensitivity, whereas celiac disease is an autoimmune disorder. One of the main distinguishing factors of each is their symptoms. Here are the top three signs you may be gluten intolerant, rather than celiac.

I’m sure there’s been a time when we’ve all experienced the uncomfortable feeling of bloating. Bloating can be the result of many different triggers, however, it is a strong sign of a gastrointestinal issue. PubMed Central found that bloating is actually one of the most common symptoms of people with gluten sensitivity. Their study showed that 87% of people thought to be non-celiac gluten intolerant experienced bloating. If you’re noticing a pattern of your stomach feeling swollen or full of gas after digesting products containing wheat, it’s very possible that you suffer from gluten intolerance.

If your body is intolerant of any ingredient, it’s only natural to have your digestive system react accordingly. Diarrhea or difficulty with bowel movements are two popular signs of non-celiac gluten sensitivity.

These two symptoms can also be possible signs of celiac disease; it’s the frequency you’ll want to pay attention to when determining whether it’s a sensitivity or immune disorder. It’s normal to experience these digestive issues occasionally, but if it becomes a more consistent, regular pattern, there may be cause for concern. If you’re still unsure, contact any of our providers today to discuss your symptoms further.

These three symptoms on their own don’t necessarily equal a gluten intolerance. However, if you’re experiencing one or more of these after eating foods containing gluten, you may fall under the non-celiac gluten intolerance category. On the other hand, if your symptoms go beyond what’s listed above, it is more likely you have celiac sprue. Here are some more severe signs of celiac disease:

There are various levels or degrees of gluten intolerance people may experience. Whether you’re experiencing symptoms of gluten sensitivity or celiac disease, you should consult a doctor to determine the best treatment possible. Wake Endoscopy makes it their priority to not only treat their patients but to be a resource for any gastrointestinal issue. Call us at (919) 783-4888 or contact us today to discuss any further questions you may have.